Illinois on Tuesday became the 11th state to legalize the sale and use of recreational marijuana for adults, a major victory for cannabis advocates who incorporated "social justice" initiatives into the measure.

With Gov. J.B. Pritzker's signature, the new law is the first of its kind passed by a state legislature and signed by a governor. It capped off a legislative year in which legalization efforts sputtered in New York and New Jersey despite heavy pressure from proponents. Illinois, which has more than 12 million residents, is the second-most-populous state to permit recreational cannabis, behind California. Regulators will spend the next few months developing a system for taxing and testing cannabis and will launch sales Jan. 1.

“This is a major milestone for the movement to end marijuana prohibition in the United States. It is the clearest sign yet that lawmakers are catching up with the people on this issue,” said Mason Tvert, who helped create Colorado’s first-in-the-nation cannabis system in 2014. “A strong and steadily growing majority of Americans support legalization, and observers have wondered when it would start translating into major victories in state legislatures. Illinois just answered that question." 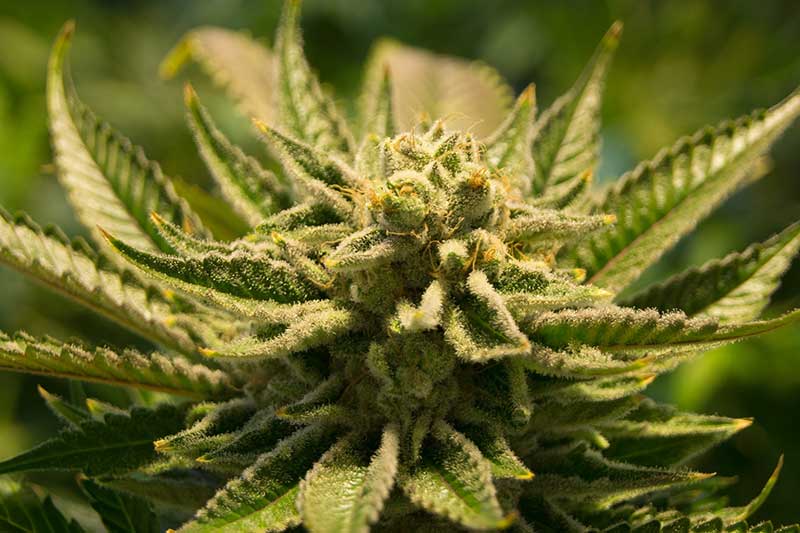 Marijuana remains illegal at the federal level, but since 2014, federal prosecutors have generally ignored marijuana sales in 10 states that legalized personal use: Alaska, California, Colorado, Maine, Massachusetts, Michigan, Oregon, Nevada, Vermont and Washington, along with the District of Columbia.

In all of those states but Vermont, voters approved legalization. Vermont's legislatively approved measure permits only personal growing and use, not sales.

The Illinois law lets resident adults buy and possess up to 30 grams of cannabis "flower," along with marijuana-infused foods known as edibles and small amounts of highly concentrated extracts. Nonresidents could buy half the amount.

Consumers would pay up to 34.75% tax on their purchases, depending on potency. Regulators would give preference points to members of minority groups seeking to get business licenses, and state-certified labs would test products for potency and contaminants, a growing concern among users. Backers said the measure will create jobs in communities around the state, an argument made by Canadian officials when they legalized marijuana nationally last year.

“Today, we are giving hundreds of thousands of people the chance at a better life – jobs, housing and real opportunity,” Pritzker said Tuesday.

Money raised by the new taxes would first be dedicated to expunging about 770,000 minor cannabis-related cases. Expungement has long been a goal of marijuana-legalization advocates, who argue the federal government's war on drugs disproportionately targeted minorities. Other states have similar provisions, usually added after the fact, but Illinois' law is the first to contain such a sweeping expungement provision from the start. Any tax money left over would be used to support drug treatment and enforcement programs, improve mental health counseling access and bolster the state's general fund.

Lawmakers in New York and New Jersey got bogged down in exactly how their programs would work and failed to reach consensus on how to proceed.

"The very narrow defeats in New York and New Jersey show just how difficult this process is, even when you seemingly have a legislative consensus for legalization," said Kane, president of cannabis company 4Front Ventures. "Unfortunately, legislators getting caught up in the minutiae of how to legalize ultimately results in more arrests and prosecutions in those states."

Sam Dorf, chief growth officer of multistate marijuana company Verano Holdings, said he thinks the Illinois measure provides a framework for other state legislatures, especially when it comes to controlling growth and limiting oversupply, which can be diverted to the black market.

"We believe this legislation sets up a strong, well-regulated program that will be successful and serve as a model for New York, New Jersey and other states that are considering legalization," he said.

Tvert, who works for Denver-based cannabis-industry firm VS Strategies, said Ohio, North Dakota and Minnesota could be among the next states to pursue legalization, especially since the Illinois Legislature took the plunge into sales.

"This should serve as a reminder that support for cannabis legalization is not confined to the coasts," he said. "Illinois is the second state in the Midwest to end marijuana prohibition, and efforts appear to be picking up steam in the region."

Lawmakers in New York and New Jersey got bogged down in exactly how their programs would work and failed to reach consensus on how to proceed.