Lyme Disease is a bacterium disease that starts with a tick bite from a black-legged tick. The number of confirmed cases of Lyme Disease have increased since 2001. Below, you will find tick illness information based on state, age bracket, sex and time of year. 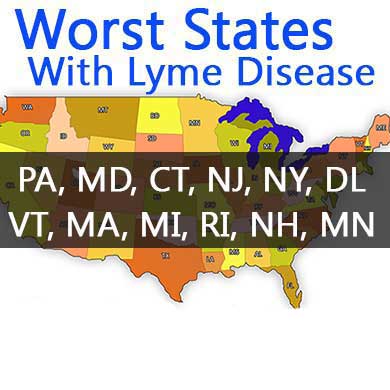 Although these states carry the most reported Lyme Disease cases in North America, it is possible for the average person living in say, Texas, to pick-up a tick-borne illness from an infected wildlife animal. Remember, deer are the most favored carriers of ticks in the U.S.

Lyme Disease by age and gender

Bad news, guys. The CDC reported that men are at a greater risk of Lyme than women. Based on statistics from 2001-2015, boys between the ages of 5-9 are at the most risk of obtaining Lyme Disease. Following this group, are men in their 50s with a reported 15,000 cases in the United States in 2015.

Girls are at the most risk of Lyme around the age of 5-years-old. Women, ages 50-55, hold second place for Lyme Disease reported cases with approximately 13,000 cases.

Parents can protect kids from Lyme Disease by performing the following actions:

If a tick is present on your child's skin, remove the tick immediately and take your child to the doctor for medical attention.

Here is how to successfully remove a tick

Household tweezers may not be strong enough to successfully remove the tick. We suggest purchasing any of the tick remover tools and tweezers from Deerbusters.com for easy handling.

2) Disinfect the tick-biting area with rubbing alcohol or soap and water.

3) Pull the tick straight up. Be sure that the head and body both comes out completely. (Remember: Tick-borne disease transmission is not possible without the tick's head as this is what is burrowed inside the skin.) Do not rush the process so the tick's body does not break apart. If it does break for any reason, remove the broken parts from the infected area - do not leave the remaining body parts attached to your skin.

4) Disinfect the tick-biting area with rubbing alcohol one final time.

5) Place the tick in a sealed container. Store in refrigerator if it is alive, and the freezer if it is dead.

6) Take the tick to a doctor's office quickly for testing to identify the type of tick; and consider testing for Lyme Disease and other diseases.

Confirmed Lyme Disease cases by month, courtesy of the CDC 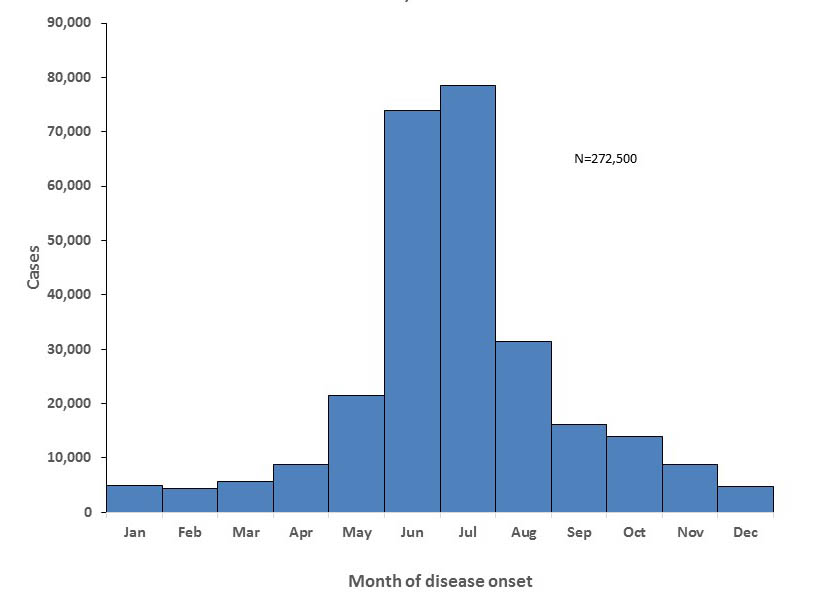 Deer ticks are most active in the warmer months beginning in March; but they are most visible in the late spring and summer months. The reason why is simple: Ticks need a warm-blooded host for survival and feed on humans, pets and livestock. As the weather progresses, the deer species come out of their home in the woods to seek food from home growers and campers. Although winter brings cold weather, ticks do not die in this season, but instead go dormant and hide under leaves for warmth and security. Once the weather warms up, they latch-on to white-tailed deer and other wildlife species. Although it is rare to hear of tick bites between December - March, it is still possible.

Deer fencing reduces the risk of Lyme Disease by 97 percent and is the most effective means for deer control in gardens. Deerbusters encourages homeowners to install a deer fence on properties to protect children from the risk of Lyme and pets that can transmit tick illnesses such as Rocky Mountain Spotted Fever.