When we hear about Lyme Disease, we are quick to blame white-tailed deer for the spread of the illness; but the culprit host for black-legged ticks is actually the white-footed mouse. 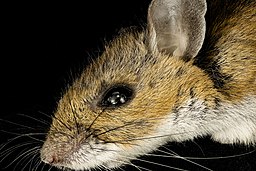 While deer do transmit Lyme to humans, deer do not carry the bacterium that produces Lyme Disease. However, long-term research shows that white-footed mice serve as a reservoir for the bacterium that causes Lyme Disease. While some wild animals, such as opossums, are quick to kill ticks or wipe them off their fur, the wild mouse will leave the tick attached. The Lyme producing bacterium from the wild mouse is passed on to deer - or other wildlife species - then again to the human, pet or backyard chicken.

Ticks feed on mice during the mid-summer months and are the leading carriers of Lyme in the Northeast. Mice infect over 95 percent of ticks that feed on them!

White-footed mice are found throughout most of the eastern United States. They are found from the Atlantic coast of North America as far north as Nova Scotia, west to Saskatchewan and Montana, throughout the plain states, and south into eastern and southern Mexico and the Yucatan peninsula. These small mice do not hibernate in the winter and will continue to be a nuisance during colder months.

Ostfeld has suggested a project to release thousands of Lyme-immune mice on an uninhabited island near Nantucket, Massachusetts to control tick diseases; but no organizations have taken on the project.

For now, Deerbusters recommends that homeowners install a poly deer fence with rodent protection in the backyard to reduce the risk of Lyme Disease and mice from entering gardens.