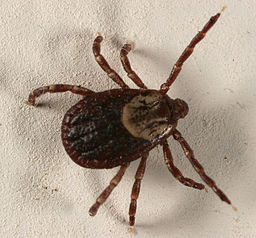 About the Lone Star Tick

There are over 899 species of ticks scattered throughout the world in search of the same goal: a warm-blooded host. Black-legged deer ticks, for example, reach out to warm-blooded hosts including deer and humans or bury themselves under leaves in the wintertime to seek shelter and comfort. As we mentioned in the Deerbusters blog, deer [...]