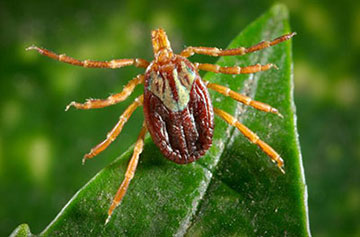 The news tells us about the dangers of these ticks and the tick diseases that are associated with tick bites from these common ticks; but never have we heard about the Gulf Coast Tick.

About the Gulf Coast Tick

The Gulf Coast Tick lives (you guessed it) along the coastal areas of the Atlantic Ocean and the Gulf of Mexico. The young ticks feed on birds and rodents; but as the larvae and nymphs grow, the adult tick feeds on deer and other wildlife. Although it prefers a deer or rodent as a primary host, it will readily attack a human - if given the opportunity. It is known to transmit a form of spotted fever called Rickettsia parkeri rickettsiosis but not Lyme Disease.

This type of tick is not only found in gulf states including Virginia; but has been seen in states as far as Oklahoma and Kansas.