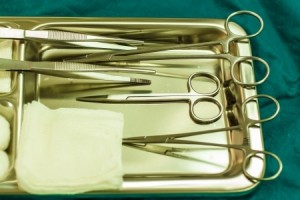 Have you ever heard of a city or county sterilizing the deer in their area? If so, have you ever wondered why? Like hunting, sterilization serves as a form of population control; the most common areas to use it are areas with large human populations and not much hunting land.

The most recent city to initiate deer sterilization is Fairfax City, Virginia. With so many homes in the area, hunting isn’t the best option for deer control, so the city has turned to sterilization. According to an article from The Washington Post, deer populations are reducing by 10% every year (without hunting) in towns that use sterilization. In many of these towns, taxpayers pay for the procedures, but in this case, a group of private donors have funded a two-year grant to Fairfax City.

When a community decides to use sterilization for this control, it’s usually the female deer (or does) that are sterilized. Choosing females is more effective because they are the ones that give birth. If a male is sterilized, it keeps him from impregnating a female – but that female could always be impregnated by another (normal) male. If she is sterilized, however, it doesn’t matter which male she’s with – she won’t become pregnant.

How the Process Works

The process used to sterilize deer is pretty simple and begins with tranquilizers: A doe is shot with a tranquilizer dart that has a tracking devices attached to it. Once the deer is down, she is taken to either police headquarters or a local animal hospital where a short procedure is performed to remove her ovaries. The recovery time is short as well as the pain following the procedure, however, the process can be expensive (around $1,000 per deer).

Sterilization is often seen as more effective than culling; it can be done after culling has taken place and the sterilized deer can “contribute to resource limitation and density-dependence in reproduction” (according to an article by J.L Boone and R. G. Wiegart).

What are your thoughts on deer sterilization?