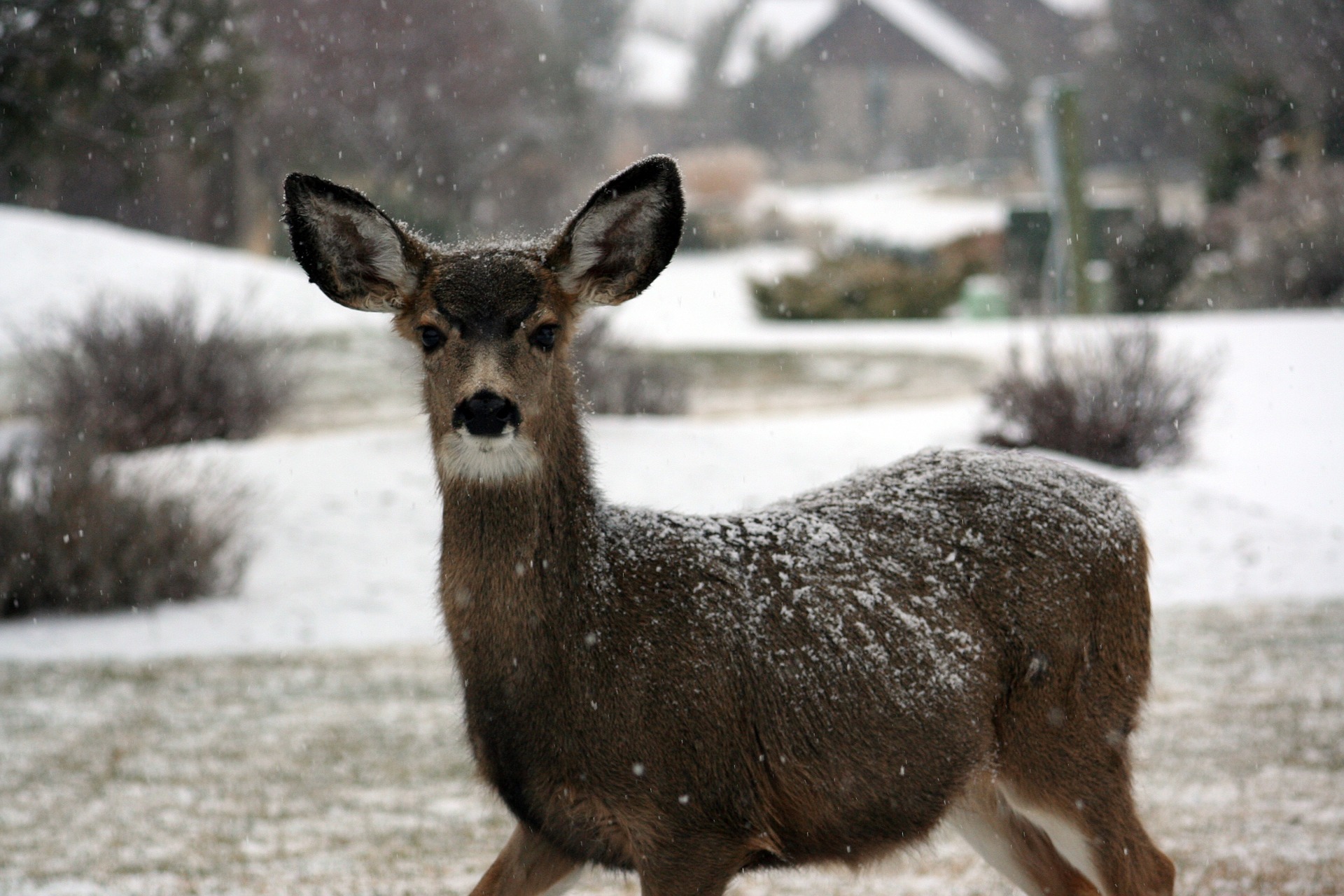 Winter does not officially begin until next week, but we all know December 21 is merely a date on the calendar, and that the cold season started, well, pick a date. In response, we simply cranked up the thermostat, or added a layer of clothing, or both.

But staying warm isn’t so easy for our wild friends who live outdoors. With our noses pressed to windows, we stare out and wonder “just how do they survive?”

The fact is, most wildlife can endure a “normal” winter very easily. Many species have developed unique ways to deal with the cold’s onslaught.

Black bears, for example, while away winter tucked into a den, or some individuals merely rake grass and twigs into a pile and dig in, letting snow accumulate on top of them. Though not true hibernators, bears lower their metabolism dramatically during winter, allowing their fat reserves to sustain them until spring.

I am forever amazed by the insulating qualities of the coat of white-tailed deer. So impervious to the temperature are their winter hides that snow and frost gather on the animals instead of melting. Deer also adapt to winter by reducing their activity, preserving the fat they gained during summer and fall.

Ruffed grouse deal with cold and snow in a way dissimilar to most birds. When deep snow blankets aspen forests, “ruffs’’ dive headlong into the powder, covering themselves with a blanket of insulating snow. When temperatures are extremely cold, grouse might only emerge once a day to feed.

Most birds fluff their feathers during temperature extremes, which increases the insulating value of their plumage. Birds also tuck their legs and feet into their feathers for warmth, often standing on one leg for a bit before switching to the other leg.

And what about those mammals that transform from summer brown to white during winter, the two most common being snowshoe hares and weasels? How cool is that?

When winter gets cold and nasty, it’s comforting to know most wildlife species will survive utilizing their various remarkable adaptations.