Those are the findings from a new study in the Canadian Journal of Zoology that looked at moose health over several years in New Hampshire and Maine. The study identified 125 calves that died from 2014 to 2016 in the two states and found that tick infestations caused nearly 90 percent of those deaths. Ticks were also impacting female adults, resulting in fewer calves being born and a decline in overall calving rates.

Researchers found overall mortality rates of 70 percent among calves over that period, compared to about 15 percent two decades ago. The only bright spot came in 2017, when mortality rates were about 30 percent; researchers attributed that to a September drought and earlier snowfall resulting in fewer ticks.

“The deaths were directly related to heavy loads of winter ticks,” said Peter Pekins, a University of New Hampshire wildlife ecologist and one of the study’s authors, adding that ticks can extract most of a calf’s blood in two to three weeks. On average, they found 47,000 ticks on a calf. 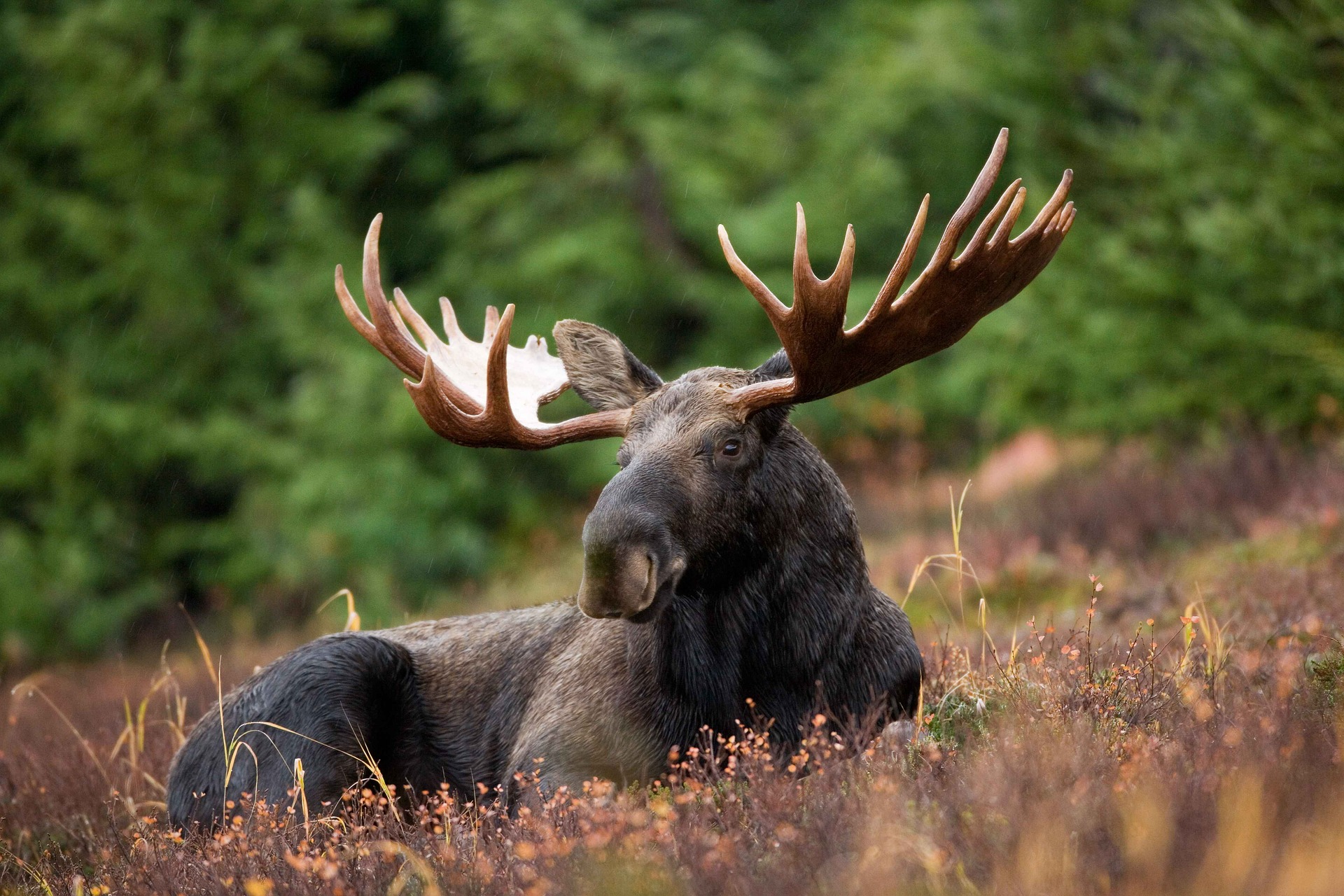 “For a calf, that is just death,” he said. “That leads to acute anemia. The analogy is that someone cuts your arm off and you didn’t stop the blood flow. Physiologically, you can’t deal with that. You have to replace that blood.”

“Normally, you wouldn’t see a major population impact because the population can respond quite easily to one or two years,” Pekins said. “But this is documented in four of five years, and our suspicion is we have had this happen in six and maybe seven of the last 10 years.”

Frigid weather and extended snow cover once kept the ticks in check. But with climate change resulting in winters starting later and less snow in some places, winter ticks have more time to find their hosts. On top of that, these winter ticks appear to especially like moose, since the animals lack the grooming strategies of elk and deer that help remove the parasites.

These winter ticks, compared to deer ticks, also never leave their host and live several feet above the ground, a perfect place to catch a ride.

And the younger calves suffer much more than the adults, since they are smaller and feeding more often — which exposes them to the tick-filled trees and underbrush. That means more ticks on moose calves and a continued threat to the population’s long-term health.

Still, experts expect that moose will survive this parasitic onslaught and that their numbers will reach the point where there just aren’t enough animals to provide a stable food source for the ticks — thus causing the parasite population to fall and the moose numbers to rebound.

But not everyone is willing to let nature take its course.

There is a vibrant debate within the conservation and hunting community over the role hunting can play in stabilizing the population. New Hampshire has reduced the number of hunting permits of late in a bid to bolster its moose population.

Vermont, meanwhile, went another route in the early 2000s. Over the years, the state has intentionally reduced the moose population by issuing more hunting permits to improve reforestation and cut down on car collisions with the animals, said Scott Darling, the Vermont Fish & Wildlife Department’s wildlife program manager.

The state is glad it did, as winter ticks took a toll on moose, believing that with few moose, there would be fewer host animals for the ticks and thus a healthier population.

“It probably gave our moose somewhat of an advantage. But I will confess it’s not as much of an advantage as we had hoped,” Darling said, adding that the calve mortality rate was still 40 percent in 2017 , primarily due to winter ticks and 52 percent this past winter.

In Maine, wildlife regulators increased the number of moose hunting permits by more than 20 percent this year.

The moose hunt is taking place this month and next. And moose have shown decent survival rates in the far northern part of the state recently, the state Department of Inland Fisheries and Wildlife has said.

But winter ticks and other parasites remain a problem in Maine, said Lee Kantar, the state’s moose biologist and a co-author on the study. He said it’s important for wildlife managers and scientists to keep following the tick threat to see if it grows.

“Certainly in the past five years of our work we have documented the impact of winter ticks on calf moose, with our western unit showing higher mortality of calves than our northern study area,” Kantar said.