A disease that can be deadly to deer has been found for the first time in Washington. Wildlife managers are asking people to not give deer food or water — in hopes of minimizing the spread of the infection.

Adenovirus Hemorrhagic Disease — or AHD — is common in other western states. Washington’s first confirmed case was found in a herd east of Goldendale.

The disease is often fatal for fawns. It’s not a risk to people, pets, or livestock — it’s only transmitted from deer-to-deer.

That’s why officials are asking people, especially those that live near deer populations, to not concentrate a lot of the animals in one spot.

“Whether it’s feeding or putting out an artificial water source — it’s going to increase the potential to spread disease,” said Stefanie Bergh, Washington Department of Fish and Wildlife district biologist.

This mule deer population often wanders around people’s homes near Goldendale — lots with large acreage that make for great habitat and support a robust herd. Many people in the area put out water sources for the animals. 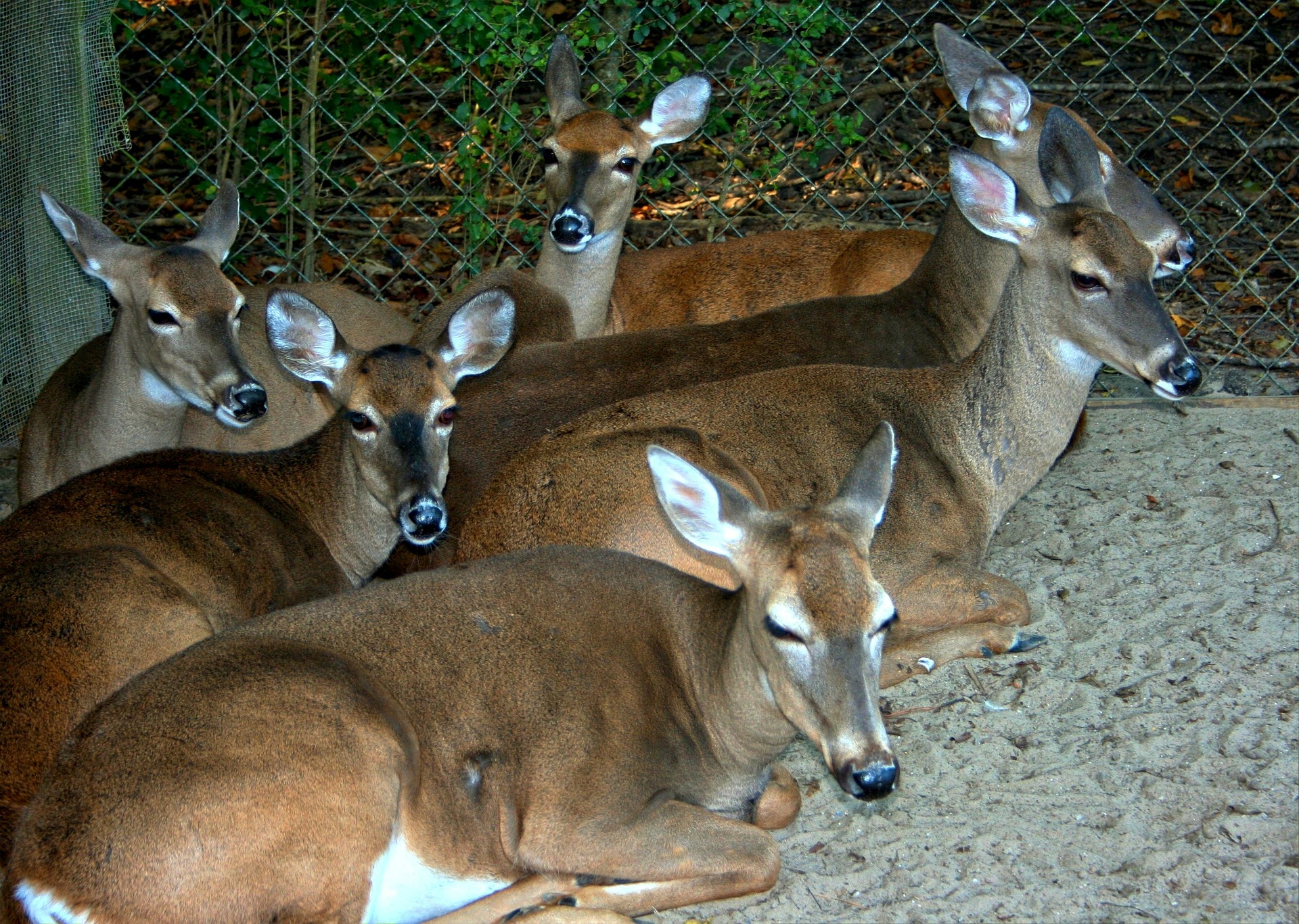 That’s one reason so many people noticed the sick deer, Bergh said. The department had about 20 reports from July through August. They think they lost about 30 deer — mostly fawns — during that time.

“This just happened to hit where there are a lot of deer in that neighborhood, which made it easy for the disease to spread,” Bergh said.

Bergh thinks the spread has hit its peak.

With hunting season coming, Bergh advises people to wear gloves if they handle a carcass. The disease is not known to spread to people when they eat venison. But experts say you should thoroughly cook deer meat if you hunt in an area that has an outbreak of AHD.

Deer with AHD can have rapid or open-mouth breathing, foaming or drooling at the mouth, diarrhea, weakness and emaciation.

Some deer catch the disease and recover. There is no known cure or treatment for AHD. Fawns can die very quickly after contracting the disease.

Officials have suspected the disease has been in Washington for a while. They’ve just never been able to confirm it.

“We have had outbreaks of some sort of disease in deer that looked an awful lot like Adenovirus — based on having a lot of fawns die in one area. We’ve had several of these incidents where we weren’t able to get to the carcasses quick enough — either predators would get to them first or the weather was just too hot and the carcasses decomposed too quickly,” said Kristin Mansfield, WDFW veterinarian.

Wildlife managers worked with landowners to get samples in August and were able to confirm the disease with Washington State University’s Washington Animal Disease Diagnostic Laboratory.

AHD in deer was first identified in California in 1994. That outbreak killed several thousand deer spread throughout 17 counties.

The disease was confirmed in Oregon in 2001 in a black-tailed deer in the southwestern part of the state. Oregon’s largest outbreak happened in 2002, killing more than 400 deer near Sisters.

Earlier this year, an outbreak of AHD was reported in The Dalles, Oregon. Bergh said they don’t know if that outbreak affected the Goldendale population.

“It’s a disease that we just don’t really know all the mechanisms of spread. We know that deer can spread it with nose-to-nose contact, but how it jumps these larger distances we don’t really know,” Bergh said. “But obviously it’s moving north.”

Mansfield said AHD usually affects deer in one area and does not become too widespread.

“The typical pattern we see is in a local area we will have high deer mortality. The next year you may still see some deer mortality, but not as bad as that first year that it hit. And then what probably happens is the population develops some immunities. So you don’t see it for a few years until you get another susceptible crop of fawns come up,” Mansfield said.

Re-posted from OPB. Written by Courtney Flatt on September 1, 2017.