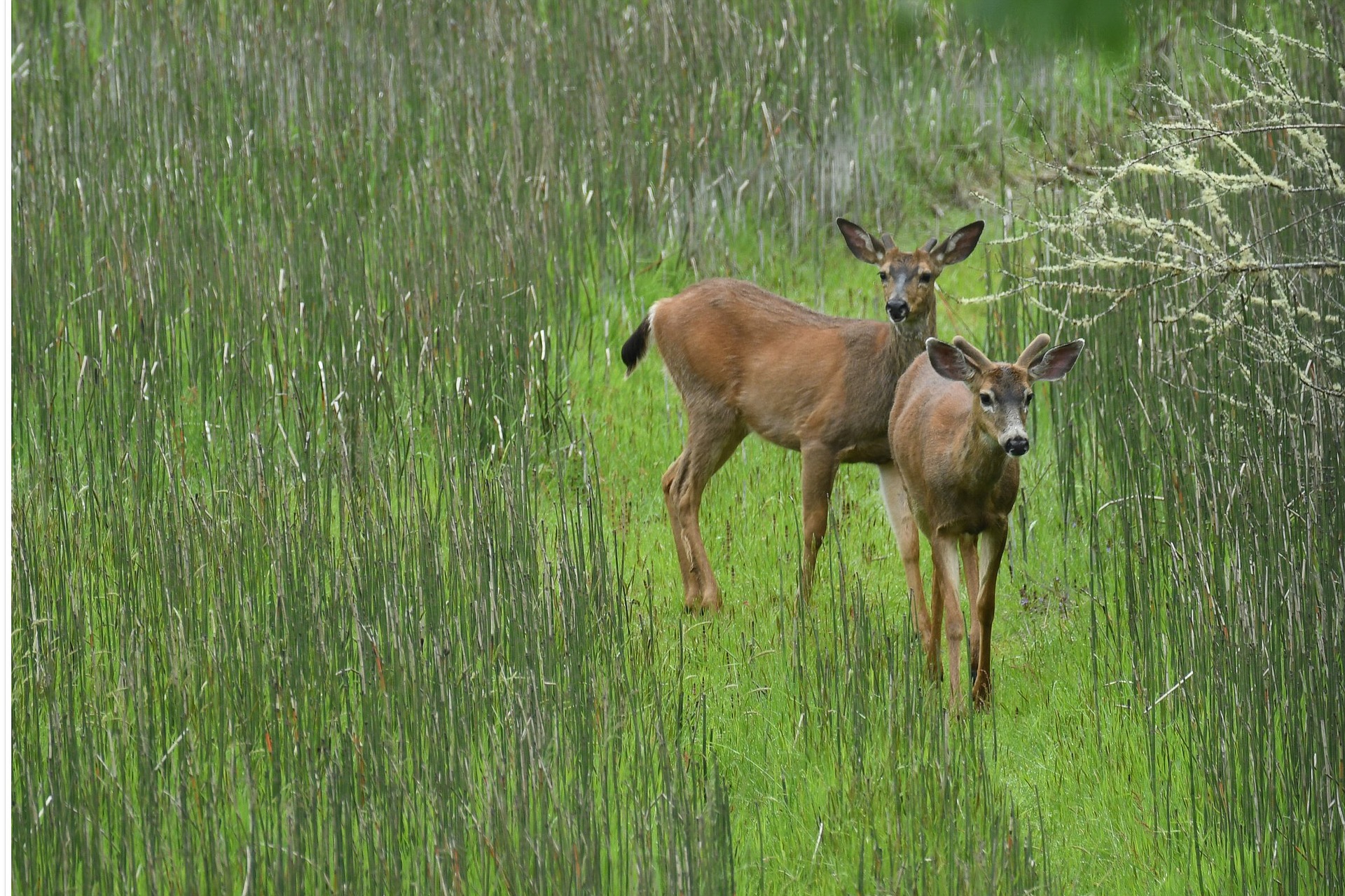 The Pennsylvania Game Commission reported on Thursday that two free-ranging deer were euthanized on the evening of July 26 in Ridgway Township, Elk County. The deer were discovered about 20 miles north of Disease Management Area 3, within the Commonwealth’s Elk Management Area.

Both deer had identification tags in their ears, indicating they were at one time part of a captive-deer herd. The Department of Agriculture manages deer farming operations in the Commonwealth.

The Commission has launched an investigation and will work with the state Department of Agriculture to determine ownership of these deer and to ascertain whether they escaped a facility or were intentionally released into the wild.

“The deer are currently being examined by the Commission’s wildlife veterinarian, who will conduct an initial test to determine whether either deer was infected with chronic wasting disease (CWD),” said Wayne Laroche, the Commission’s Special Assistant for CWD Response.

The discovery of deer from a captive herd in the wild raises significant concerns as the Commission attempts to combat the expansion of CWD.

“This is disturbing news following the discovery a CWD-positive wild deer earlier this month in DMA 3,” Laroche said. “With the Department of Agriculture’s assistance, we will do all in our power to sort out what happened quickly and take appropriate action.”

The Game Commission has created a new executive-level position to direct its ongoing and intensifying efforts to limit the spread of chronic wasting disease in wild white-tailed deer and neutralize its threat to wild elk.

Laroche, who has served as the agency’s Bureau of Wildlife Management director for the past two years, will be appointed Aug. 1 to Special Assistant for CWD Response, a new position. In his new capacity, Laroche will lead the Game Commission’s efforts to slow CWD’s spread and minimize its impacts on whitetails and elk.

Efforts will begin immediately to hire a new director for the Bureau of Wildlife Management, which is responsible for managing the state’s 480 species of wild birds and mammals, including 60 game animals and furbearers.

Laroche, over the past two years, has taken the lead on managing Pennsylvania’s sporadic and smoldering CWD problem in wild deer populations, deploying a variety of measures designed to assess CWD’s prevalence and limit its spread in areas where it has been found.

“Because I’ve spent so much of my time on Pennsylvania’s CWD problem, and now that it’s flared up in wild deer within the state’s interior, it makes perfect sense for the Game Commission to devote even more resources to fighting this disease,” Laroche said. “Whitetails and elk are incredibly important to Pennsylvania. Imagine where conservation and tourism would be without them.”

On July 13, the Game Commission announced a free-ranging whitetail buck in Bell Township, Clearfield County, had tested positive for CWD. It was found in Disease Management Area 3, which includes parts of Clearfield, Indiana and Jefferson counties. It marked the first time the disease was documented in free-ranging deer in an area of the state where it previously had been detected in only captive deer.

CWD also exists among wild deer in the area of southcentral Pennsylvania defined as Disease Management Area 2. Twenty-five free-ranging deer tested positive for CWD during 2016. And an additional four CWD-positive deer have been detected since, raising to 51 the total of CWD-positives detected within the DMA 2 since 2012.

Although the Game Commission has worked aggressively to limit CWD’s spread by establishing DMAs in central Pennsylvania, the disease continues to advance within these DMAs.

“Our response to Pennsylvania’s growing CWD threat must stop this disease,” Game Commission executive director Bryan Burhans said. “There’s too much at stake to consider any other alternative.”

Widespread loss of whitetails could cripple conservation and greatly reduce the millions of dollars hunters spend in Pennsylvania annually.

“Wayne Laroche is a conservation veteran who already has worked diligently on Pennsylvania’s evolving CWD plan, and his new position centers his focus on CWD,” Burhans said. “I expect him to hit the ground running in his new role.”

No spread of disease in Adams County

The PGC dissolved Disease Management Area 1, which was established in 2012 after CWD was found in a private deer herd on a farm in Adams County. After five years of intense surveillance, and testing of approximately 4,800 deer, there’s no evidence of disease spillover.

Privately owned deer herds within the Commonwealth are regulated by the Department of Agriculture, who requires that all herds must be in one of two CWD monitoring programs, Herd Certification Program (HCP) or Herd Monitoring Program (HMP). Both require intensive surveillance for the disease, with the HCP being the most intensive.

The private herd in Adams County was part of the HCP program which requires the highest level of mortality testing of any program in the nation. The intent is to create a highly surveilled, low disease-risk herd allowing for commerce amongst private individuals.

The herd in Adams County used the method of depopulation to stamp out the disease, and prevent any spreading or spillover of the disease. In the Adams County situation, the HCP program was a success.

“While this success deserves credit, it also highlights the need for more research to increase our tools to overcome CWD,” vice president of the Pennsylvania Deer Farmers Association, Jarrid Barry said. “The reality is depopulation, although understandable in this specific situation, came at the price of destroying a private herd, causing a family in our state to no longer be able to enjoy a way of life that they once had.”