Imagine this: You are flying around in your own private jet with your buddy about to land when all of a sudden two elk run out onto the landing strip. What do you do? 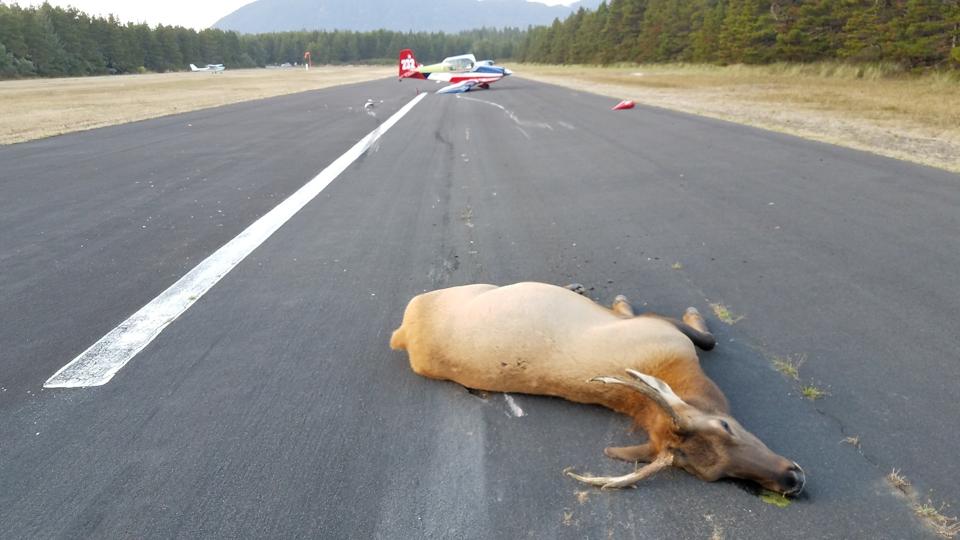 This happened to Pilot Todd Rudberg, 49, when he touched down at Nehalem Bay State Park in Oregon over the weekend. Rudberg tried to steer up to avoid hitting the elk but the plane's landing gear had already struck the large animal. The elk were killed upon impact. The plane was totaled; but luckily, both the pilot and passenger left the scene without harm or injuries.

"According to a 26-year study of animal strikes by U.S. aircraft, birds accounted for 95 percent of animal strikes. Land mammals -- including dogs, cats, horses and skunks -- accounted for 1.6 percent. More than 1,100 deer were struck by aircraft during the study period, from 1990-2015." The Oregonian "Small Plane Slams Into Elk"

The study showed that 11 elk were struck causing $7.6 million in damages. This is why airports should require deer and elk fencing around the premises.