It's that time of year when coyotes are on the move, and that could mean more sightings and encounters across the South and in the Chattanooga region.

Most were in hilly areas on the west end of East Ridge near Missionary Ridge and near the eastern slopes of Lookout Mountain, but officials say it is possible to encounter them anywhere.

One resident said he'd been catching glimpses of coyotes on a security camera at night for several months around West 40th Street in the St. Elmo area, and most recently around 1 a.m. Wednesday.

Another member spotted a coyote near Glenn Falls a little after 7 a.m. Wednesday. 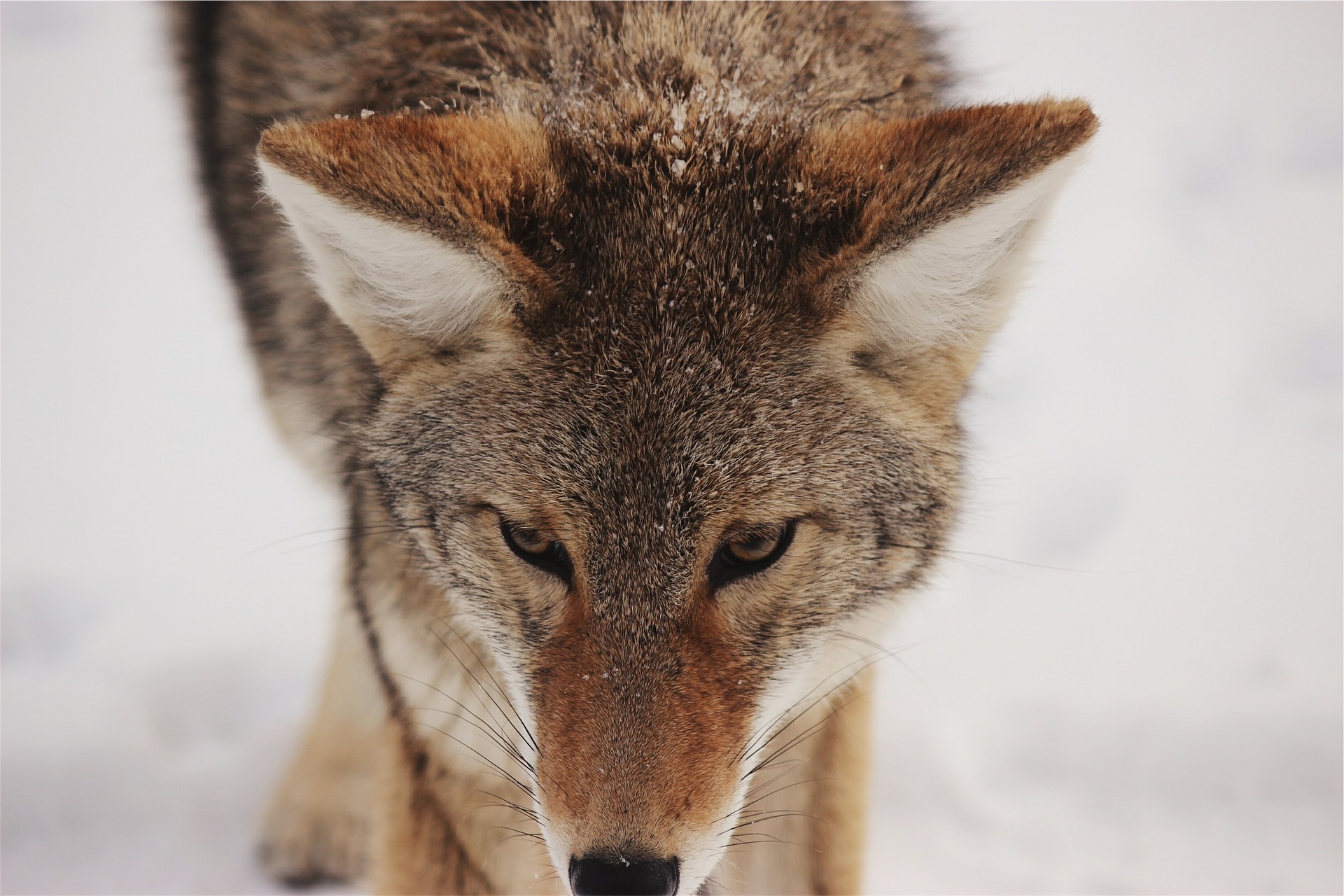 The East Ridge residents noted coyotes most recently on Nov. 29 in the Bennett Road/Mission Oaks, South Seminole and Blackhawk Trail areas, one coyote being spotted on Nov. 23 eating food left out for strays. Other sightings were noted from March, May and October in the same general areas.

But while residents may be seeing more of the animals, wildlife officials say it doesn't mean there are more coyotes.

"There's a reason that people see coyotes this time of year," according to Mime Barnes, spokeswoman for the Tennessee Wildlife Resources Agency.

When the weather turns cold, coyotes need more energy and they have to roam farther to get food, she said. Young coyotes that reached maturity around September are also looking for their own territories in the fall.

"Sometimes, just because we see an animal people automatically think there are more," said Barnes, who worked with coyotes as a graduate student and for most of her career as a biologist with TWRA.

Animal Pros, one of the companies in Chattanooga that provide animal removal services, has had no more calls than usual about any problem animals, according to dispatcher Bobbie Ball.

Ball said Wednesday that she wasn't certain how many calls the company has received recently about coyotes but was sure there hasn't been an uptick in removal requests for them.

Likewise, Georgia-based Total Animal Control's owner, Brandon Turley, said his company gets lots of coyote calls across its Tennessee-Georgia-Florida service area but that there hasn't been an increase in population.

"Winter sightings kick up because food is more scarce," he said, echoing Barnes.

Many times, Turley said, people call with a sighting, but the animal never reappears.

"Coyotes move in kind of a circle, so you may only see them for a week out of the year," he said. Turley said coyotes' prey moves similarly so the predator moves with them.

Then, sometimes coyotes get blamed for something a dog did, Turley said.

"I did a job in Atlanta last year that was a neighborhood dog," he said. "We actually ran cameras to confirm it."

Historically, coyotes came to Tennessee in the 1970s.

One prevailing theory is that the nation's freeway system provided wild animals ways to cross rivers and spread to new areas, Barnes said, noting also that many other factors play a role, too.

Coyotes can flourish in urban settings as large as Chicago and New York City, Barnes said.

"Coyotes are good at living around people," Barnes said.

The problem is on the human side, and wildlife officials want to empower people by teaching them how to live around coyotes, she said.

When someone spots a coyote, typically they take a photo, observe quietly or they simply go inside, but Barnes said people should "haze" coyotes to drive them away and make them understand that a human's yard is no safe haven.

"The goal is to scare the animal and get it running away from you; that is a healthy wildlife interaction," Barnes said.

According to the Tennessee Wildlife Resources Agency, coyotes are locally common due to their adaptability. They are hunted to control their damage to livestock and poultry and for their fur pelts.

*Do not feed coyotes because coyotes that associate humans with the food lose their natural fears and may become dangerous.

*Eliminate water sources that can attract rodents, birds and snakes which the coyotes will prey upon.

*Position bird feeders so coyotes can not reach the feed. Coyotes may also be attracted to birds and small mammals that have been lured in by the feeder.

*Do not discard edible garbage. Coyotes are opportunistic and will eat any table scraps.

*Secure garbage containers but using trash barrels with lids that clamp down tight even when tipped over.

*Do not place trash cans out the night before scheduled pick up. Placing cans out in the morning will give coyotes less time to scavenge and they will not have the cover of darkness.

*Do not leave barbecue grills outside and uncovered as the smell of the grill and the contents of the grills drip pan attracts coyotes.

*Feed pets indoors whenever possible and remove any leftovers if feeding outdoors. Store pet food in areas not accessible to other animals.

*Clear brush and weeds from around property used by coyote's prey for protective cover, thereby deterring coyotes from hunting nearby.

*A fenced yard may deter coyotes but the fence must be at least 6-feet high, and preferably, the bottom of the fence should extend 6 inches below ground level.

*Do not leave small children outside alone if coyotes have been frequenting the area.

*Do not allow pets to run free and provide secure housing especially at night. Small pets, like cats, rabbits and small dogs, are favorite prey of coyotes.

*Discourage coyotes from frequenting your area. Harass them by throwing rocks, shouting, and making loud noises when one is seen.