World Zoonoses Day is held annually on July 6th as a call to action to spread the word about the dangers of zoonotic diseases such as Lyme Disease and Rocky Mountain Spotted Fever. The 150 types of zoonotic diseases are caused by mosquitoes, ticks and other insects and harm humans, pets and wildlife. 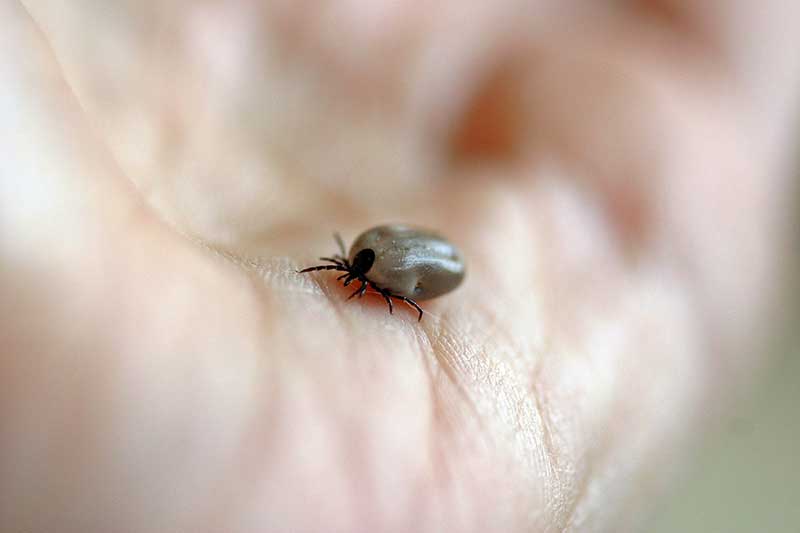 Because summer is the hottest time of the year to see ticks, and get mosquito bites, it's time to review how to remove ticks and what to wear to easily spot ticks while gardening.

Gardeners may be too pre-occupied in the garden to realize that they have been bit by a tick. Which is why it's best to wear long-sleeves and bright colored clothing to easily find ticks. Gardeners should spray tick repellents on their clothes, particularly around the ankles since ticks climb from the ground up. (They do not jump or fly.) Perform a thorough tick check after outdoor activity.

For dogs, ticks hide underneath the fur along the collar, tail and ankles. Groom pets for ticks; and remove a tick the same way as yourself.

Tick bites can happen any time of day and occur in grassy and wooded areas. Here's how to remove a tick from pets and humans:

Learn about tick disease prevention this summer and spread the word about the dangers of zoonotic diseases.

Oh, summer; the perfect excuse to be outside and doing all the active activities you love: hiking, biking, swimming and having camp fires with friends. Being that June is Great Outdoors Month, Deerbusters wants to revisit the topic of deer ticks. Let's review what we know about tick movement in summer. Spring and summer are the [...]

March is the start of tick season; and as such, there is the threat of Lyme Disease and other tick-borne illnesses. There are many types of ticks throughout the United States; but the most heard about ticks are the Lone Star Tick and the Eastern Blacklegged Tick - often found feeding on white-tailed deer, pets [...]

Can Cats Get Lyme Disease?

Pet owners are often surprised that their pets are at risk of tick-borne illnesses spread by deer ticks. Lyme Disease isn't the only concern for pet owners - they also need to worry about Rocky Mountain Spotted Fever and other tick diseases. More often than not, we hear of dogs being taken to the vet for [...]

Although ticks are most active in the warm months beginning in March, tick activity is a concern for temperatures above freezing (32 degrees Fahrenheit). We are already hearing about ticks in the winter, as the temperatures oddly increase into the 50's and 60's in some parts of the country. This is a problem not just for hikers [...]

Tick activity is at its highest in the warm months of the year beginning in March; and although we are still in January, the increasing temperature changes have put us on edge about ticks and tick-borne illnesses.Deer ticks like to hang out in grassy and woody areas where they have a chance to feed on [...]

How To Remove a Tick Head

How To Remove a Tick HeadYou see a tick embedded in your skin; and you begin to pull it out with tick tweezers, when suddenly the body of the tick comes out but not the head. Your heart begins to race and you start to panic. Clean the area again with rubbing alcohol and try lifting [...]