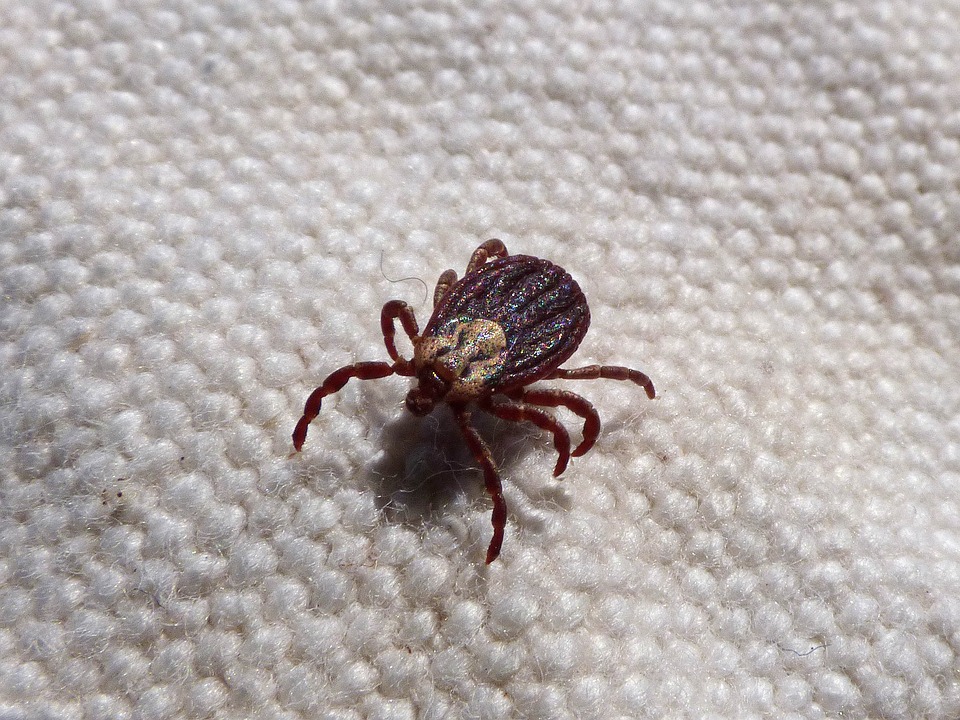 A walk through the woods can be more dangerous than one might expect.

The Virginia Peninsula is prime territory for the confluence of several species of disease carrying parasites; aka ticks. That means Greater Williamsburg in particular could see a rise in diseases carried by ticks.

“I think we have started witnessing this increase a little bit in the Yorktown area,” Old Dominion University Professor Holly Gaff said of Lyme disease. “It hasn’t swept back to the bay as fast as we expected, but we do have it here, and it has increased.”

Bacterial infections such as Lyme disease, ehrlichiosis, and Rocky Mountain Spotted Fever are spread by ticks in Virginia.

The diseases can cause a variety of symptoms in humans, ranging from fever and joint pain to Gangrene and paralysis.

“I think there’s two major changes going on, I do think that in the next five years I think Lyme Disease is going to come through the Williamsburg-Yorktown area, for sure. What we have now is kind of a low level number of cases.

Parasites such as ticks feed on blood at least once in each of their life stages. That means most ticks are trying to find a host to feed on three times in their lives, according to Gaff.

When a tick finds a host, it can transmit diseases while it is engorged — while it is biting its host.

“We’ve always seen [Lyme disease] in Mathews and Gloucester [counties],” Gaff said. “Some of the Northern Neck has started experiencing this, where they’re up to 10 to 100 times more cases than they were the year before.”

Increases in the prevalence of Lyme disease has already stormed through parts of the Commonwealth, particularly west of the Blue Ridge Mountains.

As tick populations grow throughout the state, the threat of increased interaction between the parasites and humans grows as well, according to Gaff.

The growing populations of ticks can be in part correlated in the massive growth of the deer population statewide since 1980, according to Gaff.

“From a tick’s perspective, white-tailed deer are like McDonald’s,” Gaff said.

In 1980, the Virginia Department of Game and Inland Fisheries estimated the state’s’ population of white-tailed deer to be about 425,000.

In 2004, the department estimated the population to have at least doubled. Estimates ranged from 850,000 deer to more than one million.

A reduction in the deer population will reduce a valuable source of food for ticks, state epidemiologist David Gaines wrote in 2016.

As the deer population has skyrocketed, new varieties of the arachnid have moved into Virginia.

The Gulf Coast Tick is migrating into Virginia, Gaff said. The tick is often associated with spotted fevers and is a “big risk.”

The three main species of ticks are Lone Star ticks, black-legged ticks (commonly referred to as deer ticks), and the American dog ticks, according to Gaff.

Gaines said a variant of the black-legged tick has moved into Virginia from the northern states, and it more aggressively attempts to feed on humans.

The northern-variant is apt to climb several inches above the ground in an attempt to find a meal, whereas the southern-variant lay in wait under piles of leaves to prey on lizards, Gaines said.

While new variants and species of ticks are looking to make Virginia home, ticks aren’t new, and awareness of the parasites can reduce the spread of disease, according to Gaines.

Anyone can be bit, but there are ways to reduce those chances, according to the Center for Disease Control and Prevention.

Repellants such as DEET or Permethrin can dissuade ticks from latching on to clothes, according to the CDC.

Stopping ticks from entering a suburban neighborhood can be as easy as putting a four to six inch barrier of mulch around a property, Gaff said.

“My experience has been over the years, that if I’m in a rural pristine forest area… looking for black-legged ticks I don’t find very many,” Gaines said. “But if I go to a forest next to a suburban development I have a lot more success.”