A recent news video shows a coyote and dog "playing" in a quiet neighborhood in Tempe, Arizona. The video sparked different reactions causing people to wonder "Are they actually enjoying each other's company; or, does the coyote have a hidden agenda?"

This led to coyote experts finally answering the question; and here is what they have decided (courtesy of News 12, Mackenzie Concepcion)

While it’s true that coyotes do attack pets, they probably won’t lure the dog into a trap before they do, Amy Burnett with the Arizona Game and Fish Department said in an email. 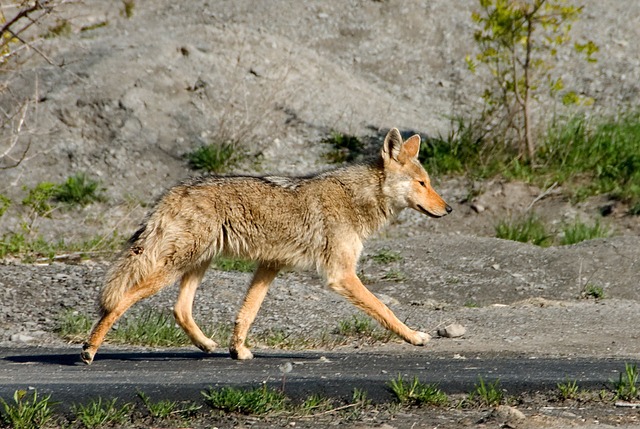 Burnett said if a dog finds itself facing more than one coyote, there was likely no premeditation involved.

Naturalist Janet Kessler, who has observed urban coyote behavior for more than a decade, explained on her website the myth comes from the fact that coyotes tend to travel together.

Dogs chase coyotes all the time, and the coyote will try to lose the dog by wearing it out or retreating to a hiding spot, Kessler said.

And once the dog encounters the other coyotes nearby, they will help their family member by attacking the dog or chasing it off.

Kessler goes on to say that the only luring a coyote will do is to lead threatening animals away from their pups.

So do dogs and coyotes actually play together?

“It is rare, but documented. In fact, one of our Wildlife Managers watched it happen with his hunting dogs when out on the trail,” Burnett wrote.

It is still recommended that pet owners separate wild from domestic animals with dog fencing to reduce the chances of a wildlife attack on pets.